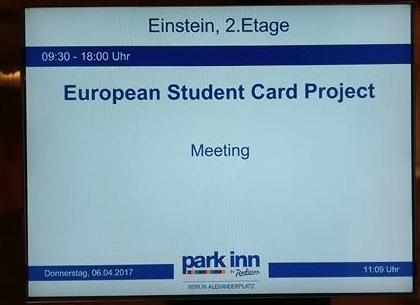 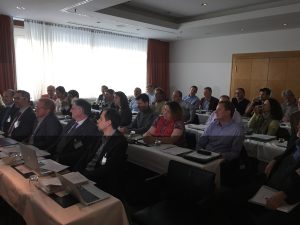 From 6 to 7 April 2017, the partners of the European Student Card project met in Berlin.

3 half-days were devoted to the technical implementation of the project, in particular with the presentation and exchanges concerning the technical specifications of the upcoming exchange platform and to the organization of the 1st dissemination conference to be held in Münster (Germany) on June 6th, 2017.